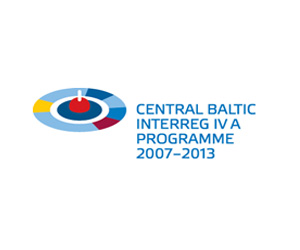 On 22 and 23 September 2009, on the basis of the British Council methodology for solving city environment issues, the “Future City Game” – a situation analysis and idea creation activity – took place with the aim to elaborate constructive proposals for cooperation opportunities of the city of Riga with such areas of Asian as China and India.

Of the four teams competing, the winner was the team whose idea was to promote the flow of tourism from China to Riga by becoming involved in and using the existing tourism routes in Northern Europe (“The Czar Route”: Moscow–Saint Petersburg–Helsinki–Riga; “The Baltic Route”: Copenhagen–Stockholm–Helsinki–Riga). For tourists from China, a specially elaborated programme of events and adventures has to be offered in Riga to ensure a service appropriate for Chinese traditions.

Creative discussions during the game brought up ideas about introducing the Chinese language as a foreign languages choice at Latvian schools and an offer to establish an Asian Centre (“China Town”) in Riga. To ensure the competitiveness of Latvia in the long term in comparison with other countries of the Baltic Sea region, an offer was made to study the Chinese language at Latvian schools by attracting qualified teaching staff from China. In the opinion of the game participants, it is recommended to start teaching Chinese to the youngest grade levels, additionally offering subjects in Chinese art or culture. In turn, the Asian Trade and Culture Centre, according to the game participants, could not only promote the development of trade relations with Asia and the attraction of investments, but also promote tolerance between different nationalities and could acquaint Latvian residents with the culture of Asian countries. , In the opinion of the discussion participants, the Asian Trade and Culture Centre could be a self-financed object. Rumbula was suggested as a potential location for such a centre.

A new vision for the cooperation of Riga with Asia and for the potential of Latvian competitiveness was offered by a team of participants with the idea of exporting Latvian film industry services to Asian countries. This could take the form of participation in current international film festivals, including those in Asia, as Baltic films days in Asian countries and vice versa, an experience exchange between Asian visual art clubs, organisations and institutions, arranging Master’s classes for film professionals, etc. It is to be noted that the Asian film industry is considered to be one of the largest in the world, with such film producers as Bollywood, Lollywood and Bengali.

Future City Game participants were entrepreneurs, representatives from such areas as education, logistics, the Riga City Council and tourism. The game focused on fields in which development is important for Riga, such as business activities, education and such service spheres as logistics and tourism.

Results of the game are a part of the research performed within the framework of the INTERREG IVA project “Baltic Palette – the BASAAR Baltic Sea and Asian Cooperation Planning Joint Project” to search for forms of cooperation between the Baltic Sea region and Asian countries. All information obtained in the process of the game is reflected in the research recommendations section for municipalities, entrepreneurs and representatives of the logistics and the educational branches. The final research results will be available in 2010.

Although the presence of Riga in China and India today is minimal or non-existent, these regions are still justifiably considered as new driving forces in world development. The large Asian market opens various opportunities for future cooperation.