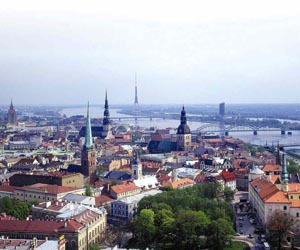 The largest construction projects approved and accepted by the Riga City Construction Board in March are the following: the block of flats on Turaidas iela; renovation of the 1st and 2nd buildings of the Ministry of Defence at Krišjāņa Valdemāra iela 10/12; gas supply to the Spice office premises on Remtes iela; the 1st stage of reconstruction of the 2nd trolleybus park building at Jelgavas iela 37; reconstruction of the warehouse and gastronomy shop at Lubānas iela 84 and Lubānas iela 86a; construction of the pedestrian tunnel in Daugavgrīva under the railway track No.100 on Birzes iela (the span between Esplanādes iela and Flotes iela); electricity supply to the residential district at Ķiburgas iela 9 h; reconstruction of the Riga Free Port Eastern pier at Traleru iela 2; connection of 23 residential buildings in Mežaparks to the city water supply and household sewage system at Stendera iela 14, Visbijas prospekts 6/8, Visbijas prospekts 25, Visbijas prospekts 27, Meža prospekts 24, Stokholmas iela 19 and Pēterupes iela 4; the flush water current collector of the Daugava water treatment station on Ziepniekkalna, Bauskas and Mūkusalas ielas, as well as other construction projects.

New construction projects approved at the sketch stage are the following: a complex of blocks of flats on Ulbrokas iela; a residential and office building at Akas iela 4; reconstruction of the Latvian University educational building at Aspazijas bulvāris 5 and other projects.

In March the Riga City Construction Board received 116 confirmation cards to perform simplified renovation/ reconstruction, which is 39% fewer than last March.

In March the Riga City Construction Board issued 118 construction permits, and last March – 117.

According to the currently available information, 23 administrative protocols were drafted in March on breach of construction regulations, i.e. starting the unauthorized construction and deviation from the approved projects. The Administrative Commission imposed fines of LVL 50 – 1000. The total amount of fines imposed on violations is LVL 5500.