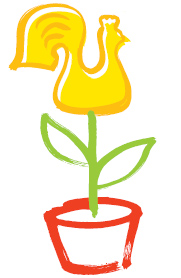 On 18 August Riga City Council adopted a resolution: On Approval of the Riga Territory Plan for 2006-2018 with Amendments and Issuing Binding Municipality Regulations. The resolution takes effect the next day after its publishing in the Latvijas Vēstnesis newspaper.

The Amendments have been elaborated after considering two Judgments of the Satversme Court on the Riga Free Port and construction on flooded territories, conditions of different governmental and municipal institutions that are appropriate for the actual situation, as well as proposals of individuals and companies. Changes have been introduced to the Amendments to ensure implementation of state and municipal interests in development of such objects as the Riga International Airport and the Riga Free Port. The Riga Territory Usage and Construction Regulations have been significantly revised anticipating the stricter and more precise regulation of the construction standards.

The strategic impact on the environment has been assessed for Amendments to the Riga Territory Plan for 2006-2018 approving the carried out changes.