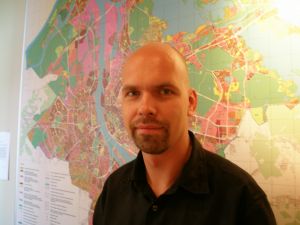 Pēteris Strancis emphasizes that financing of implementing the infrastructure projects will in the long run increase real estate prices and the beneficiary will also be the private owner of the land plot.

Infrastructure payments, which a provide significant contribution into the city development, are widely acknowledged worldwide and are used in most cities of the world (Dublin, Toronto, etc.).

These payments allow the cities to solve problems related to the continuous increase of the infrastructure load.

Construction of new roads, water supply and sewerage system, kindergartens, schools and healthcare institutions, arranging and support of the environment – all these are necessary for the development of Riga. The City budget financing cannot fully contribute the required means into the development and support of the general infrastructure – the amount of about LVL 1 million, which is currently deposited to the City Development Fund for these purposes, is absolutely insufficient.

It has been noticed already for some time that a considerable amount of residents, when acquiring property, choose their homes mainly close to the capital city (within the agglomeration boundaries), at the same time not losing links with the metropolis (work, studies, entertainment). Due to this tendency, the Riga agglomeration territory since 1995 has grown by 974.6 km2 (14.0%) and 16,419 residents (1.5%). Currently, the Riga infrastructure is used by almost 1.15 million residents, whereas the budget opportunities are anticipated for about 0.7 million residents.

The essential problem of the city of Riga is lack of the pre-school educational institutions. One of the possible ways of helping to solve this problem is infrastructure payments. The positive effect of the infrastructure payments could be reflected also in securing partial financing of some projects, which are important for further development of the City. This way the situation would be excluded, when finances have to be borrowed for construction of the important infrastructural objects in the City, thus, making the total costs of implementing the projects higher, as it is nowadays, when the opportunities of Riga to finance the construction of large infrastructural objects are very much restricted.

One of the most essential positive effects of the infrastructure payments is the connection between the payers and those, who, as a result of the payment, obtain some kind of benefit.  For instance, if a developer pays for roads and their infrastructure, this cash amount is directed to the support and development of the roads and the related infrastructure. Another significant benefit is relief of the main budget of the City, as a result the load of financing the infrastructure is partially taken off the Riga residents – tax payers, and this way it will be partially transferred to the infrastructure actual additional loaders – the developers of new projects. Availability of larger financing for implementing the infrastructure projects will in the long run secure improvement of the City environment and increase real estate prices, and, as a result, the beneficiary will also be the private owner of the land plot – the one who implements the development project.

The infrastructure payment or a single payment for the City infrastructure development is the mechanism, with the help of which the engineering technical problems and the ones of the social infrastructure insufficiency can be efficiently solved in Riga and development of the new infrastructure can be financed. It has existed since 1995 and is the historically established and legal payment. Undoubtedly, amendments to the legislation and improvements in distribution of the funds and transparency of their circulation are required.

The payment offer prepared by the Riga City Council anticipates that the implementers of the corresponding group of the new construction and the reconstruction development projects will make the infrastructure payments.

The planned system is strictly determined, as well as the criteria, which will precisely regulate the cash flow and amount for securing development and support of the specific infrastructure types, by clearly defining the purposes for which the cash paid to the City Development Find is anticipated.

In total, it is planned to be determined that the maximal amount of payment per one object does not exceed 5% of the construction expenses of the specific object and different estimation formulas are anticipated to be created for new constructions and the reconstruction objects, as well as a divided payment is to be introduced – in two parts – prior to receiving the construction permit (60%) and prior to commissioning the object (40%). Application of such payments has also been acknowledged to be justified by the developers.

To provide against the influence of the direct infrastructure payment on the inflation volume in the State, the new estimation formula is anticipated to include the PCI (consumer price index) coefficient, which will also change the amount of payment depending on inflation/deflation in the state. It means that, in case of deflation, the final payment amount will decrease and the payment as such will not impact the total inflation index in the state.

The transitional period of 2-3 years is planned to be determined for the full application of the payment, thereto, preparation of annual public reports is anticipated on the paid and used amounts, thus, securing transparency of the cash flow.