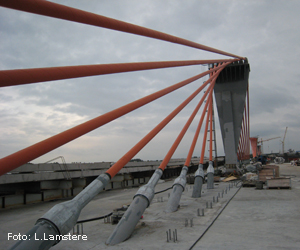 First stage, including the Southern bridge, is from Bauskas iela on the left bank of the Daugava to Slavu railway pass on the right bank. Route length – 2.5 km. Expenses – 85.5 million lats.