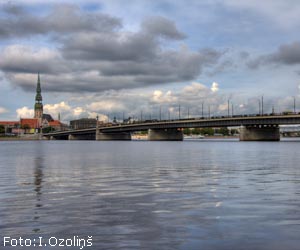 In 2008, 3874 projects to start: new construction, reconstruction, renovation and engineering works were approved and accepted by the Riga City Construction Board. This is 7% less than in 2007.

The Riga City Construction Board has issued 2011 confirmation cards to perform simplified renovation or reconstruction works and 1844 construction permits.

In 2008, 3874 projects were accepted and approved by the Riga City Construction Board – this is 7% less than in 2007. Last year several projects of multi-storey residential social buildings were accepted, for instance, at Gobas iela 30, Kapteiņu iela 4, the Church social assistance centre at Akas iela 13/2, the multifunctional residential and business building at Mārstaļu iela 17, the multifunctional complex of business institutions and residential premises at Krasta iela 36, the two-family residential buildings on Lēdurgas iela, Rātsupītes iela, etc.
In 2008, the Riga City Construction Board issued 2011 confirmation cards to perform simplified renovation/reconstruction, of these 1419 applications were received from individuals and 592 from legal entities. In comparison with 2007, the amount of issued confirmation cards reduced by 29% in 2008.

In 2008 the Riga City Construction Board issued 1844 construction permits, their amount has reduced by 9% in comparison with 2007.

In 2008, 1493 construction objects were commissioned in the city of Riga. In comparison with 2007, the amount of commissioned objects has reduced by 180 units or 11%.

In 2008 the following objects were commissioned: private houses at Jūrmalas gatve 125, Ābeļu iela 45, Beberbeķu iela 82a, residential buildings (4 storeys) at Līgatnes iela 14 and Liedes iela 2, shopping centres at Ģertrūdes iela 66, Duntes iela 22, Valgales iela 2a, reconstruction of the Riga Zoo premises and an enclosure for giraffes at Meža prospekts 1, etc.

34 public discussions have been started at the Riga City Council City Development Department, which is 53% less than in 2007. Such projects have been passed for public discussions as the shopping centre Homecenter Alfa and an Office Building on Brīvības gatve, the Akropole multifunctional centre at Maskavas iela 257 in Riga, an annex to the Latvian National Opera at Aspazijas bulvāris 3, as well as construction of the multi-storey residential building at Anniņmuižas bulvāris 50b, etc.